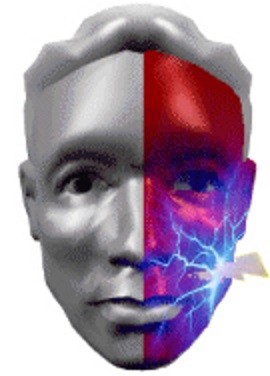 People might think that the biggest problem neuralgia causes is pain. But, often, the fear of a sudden neuralgic attack can develop into anxiety which affects day-to-day life. In some situations, the anxiety can be so debilitating that a sufferer might stop going out altogether.

This is what happened to Teresa. Twenty years ago she experienced a sudden stabbing, searing pain in her face and neck. Her doctor diagnosed Trigeminal Neuralgia. This turned out to be an isolated experience until recently, when she suffered an attack so severe that she described being thrown from the kitchen into her dining room.

Teresa had been under a lot of stress, something which her GP said could have triggered this event. However, unlike before, Teresa felt unable to shake off the dread and fear of it happening again, feeling as if she had no control over what could happen. Increasingly, she felt afraid in her kitchen, and in coming down the stairs. Even though she was no longer in pain, she said she would wake up feeling highly anxious and had stopped leaving the house completely.

Although some of Teresa’s anxiety was understandable, the level of constant stress was taking its toll on her general health and quality of life. Eventually, she decided to ask for help. After her doctor recommended therapy, Teresa had three sessions of hypnotherapy.

The first session helped to reduce the general level of anxiety and was specifically aimed at helping Teresa to feel at ease in her home, with the second session focusing on developing her confidence to leave the house.  During a third session, Teresa learnt how to practice self-hypnosis at home, so that she could feel more in charge of her everyday wellbeing. Happily, Teresa reports that she is no longer waking up feeling anxious and feels much more like her usual self. Most importantly, she is now able to get around without feeling anxious, both inside and outside of the house.

Medication can certainly help with neuralgic pain and any accompanying anxiety, and it is essential that a doctor’s treatment and advice is followed. However, fear and anxiety are emotional responses, typically experienced when a person feels a loss of control and worries about how they might cope if a sudden attack does happen again.  As a complementary treatment, hypnotherapy can really help with anxiety and neuralgia, helping the sufferer to worry less, enjoy life more, and approach the future with renewed hope.

To find out more about how hypnotherapy can help with anxiety and neuralgia, get in touch, today!