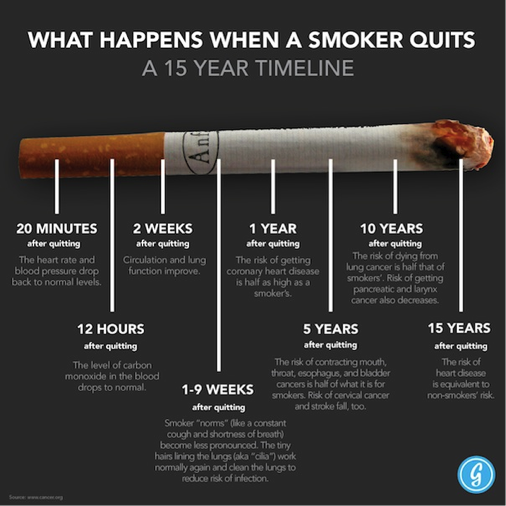 The client is a successful businessman who had tried to stop smoking many times before but just couldn’t seem to quit, no matter what he tried. This time, he decided to get professional help to quit smoking, for good.

Like most smokers who struggle to stop, he had reduced the number of daily cigarettes he smoked and told himself that this was progress. To supplement the lack of nicotine between cigarettes he wore nicotine patches. And at the weekend, he rewarded himself for those episodes of abstinence by smoking cigars over drinks with friends.

Eventually, he had a moment of clarity: he was kidding himself.

During the consultation, the client explained he had come to realise that smoking just one cigarette was enough to cause a healthy cell to mutate into a cancerous one. And, simply, he did not want to die too soon.

The prospect of saving money was no motivation, even taking into account the added expense of nicotine replacement products on top of the cigarettes and cigars. Neither was he vain, expressing no care for the impact of smoking on his ageing skin. Rather, his wife had recently given birth to his first child, a daughter, and suddenly he had seen her life flash before him. Milestone after milestone appeared in his mind as visions of crystal-clear clarity – her first day at school, her graduation, her first car, her first home – and, most importantly to the client, her wedding. Describing how he desperately wanted to walk her up the aisle, the client became visibly upset at the thought he might not be around to do so.

Unlike some other behavioural changes where the unwanted behaviour is replaced by something more preferable, using BWRT® for help to quit smoking only requires that the client wishes to stop. And so it was that, after one powerfully emotive session of BWRT®, this client quit for good, knowing that the benefits of being a natural non-smoker had begun even before he left the consulting room.

Are you ready to get help to quit smoking for good? Take the first step and book your free consultation, today!