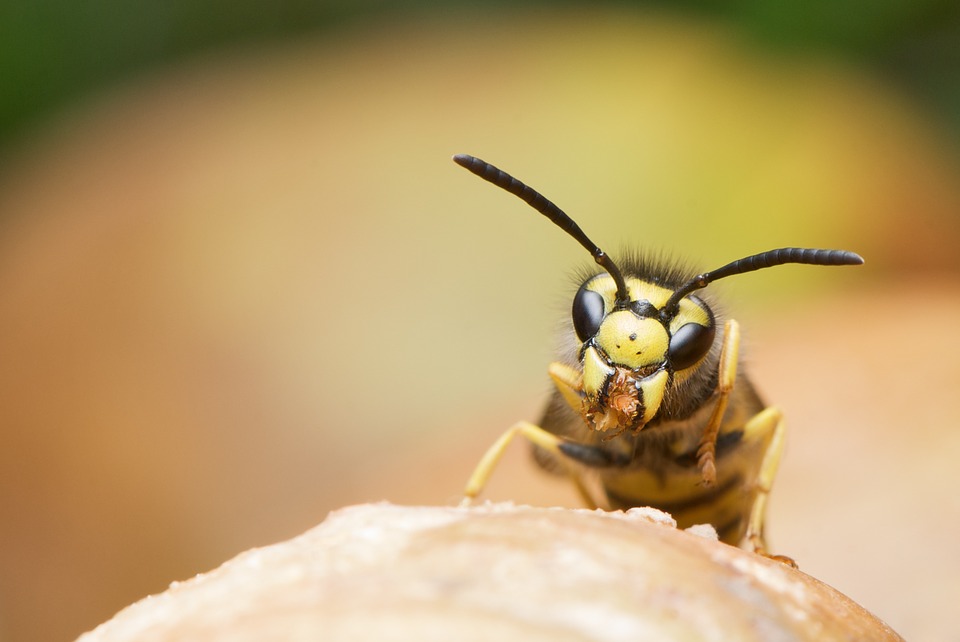 R requested an appointment after she discovered a wasp flying around her bedroom one day and reacted in sheer panic – running out of the house in her pyjamas to the street beyond.

During our Skype meeting, she explained how, outside on the pavement, she had had been paralysed with fear for a few minutes. Eventually, she’d plucked up enough courage to run back into the house to retrieve her mobile phone, before swiftly returning to her place of safety.

Back on the street, she rang a friend, sobbing and shaking as she pressed the buttons. It was while waiting for her pal to arrive that R realised her fear was out of control.

It had all started a year before, she said. Although she had always felt a bit uncomfortable around wasps, it had never been too much of a problem. Then, one day, R had found herself trapped in a room with a wasp and ‘freaked out’.

We dealt with the fear there and then, in that online session, and agreed to catch up the following week.

Chatting on FaceTime seven days later, R told me that a wasp had flown into her office a couple of days after our session. She was pleased to say that she hadn’t ‘freaked out’ but still felt a low level of discomfort at the sound of it buzzing about.

We quickly resolved this residual fear and I left R with a quick and easy technique to use, in the unlikely event that she should ever feel uncomfortable around wasps in the future.

Not long after, R called me again, sounding very animated as she recounted her journey to work that morning.

Idly walking along, talking to a friend on her mobile phone, a wasp suddenly landed on her free hand. R said she had stopped and looked at it, fascinated.

Blowing on her hand to help the creature on its way proved fruitless, so R moved closer to some nearby bushes. She picked off a leaf, using it to gently push the wasp onto the foliage, and then resumed her journey.

Returning to the phone call, her friend asked why she had gone silent.

When she explained, R said that her friend initially refused to believe her, for it was he who had gallantly rescued her when she’d run from the house in hysterics just a short while ago.

Laughing excitedly, she told me how she assured her friend that she was absolutely fine, and then promptly invited him to meet her for a picnic after work as proof, something she had avoided doing all Summer.

A simple pleasure, but one that R thought she might never enjoy again.

If you would like Claire’s help to overcome your fear of wasps, or any other phobia, get in touch, today.